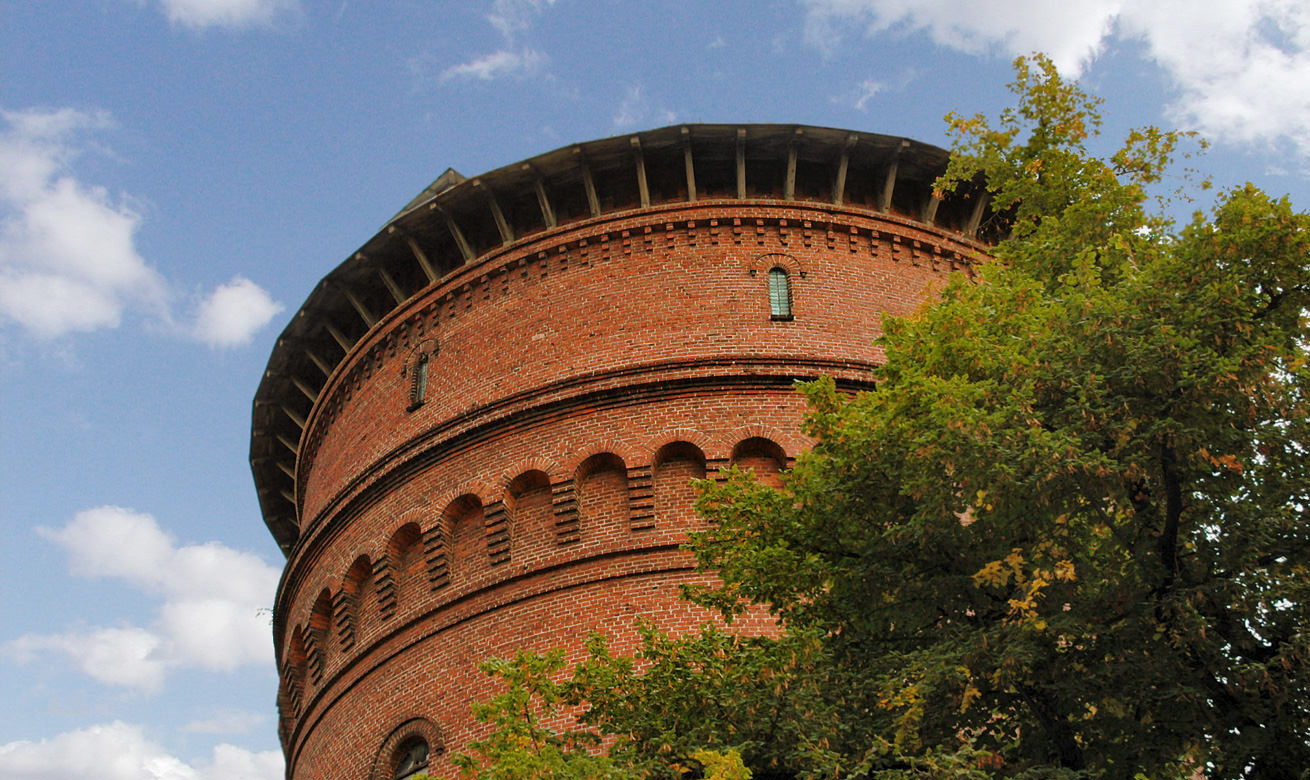 The Charlottenburg-Westend water towers were designed by Heinrich Seeling (west tower) and B. Salbach (east tower) and put in service in 1910 and 1881. The towers were supplied by the Teufelssee und Jungfernheide water works; each holding two tanks, placed on top of each other, with a capacity of 500 m³.

Living in the sky above Berlin

Development of the listed water towers into high quality residences began in 2009. Two two-level flats were constructed in the storage building belonging to the towers, seven in the smaller east tower, and twelve unusual flats with circular floor plans in the west tower.

Welcome to the Internet! We use cookies in order to make a visit to our website more attractive. By visiting selectberlin.de, you consent to our use of cookies.